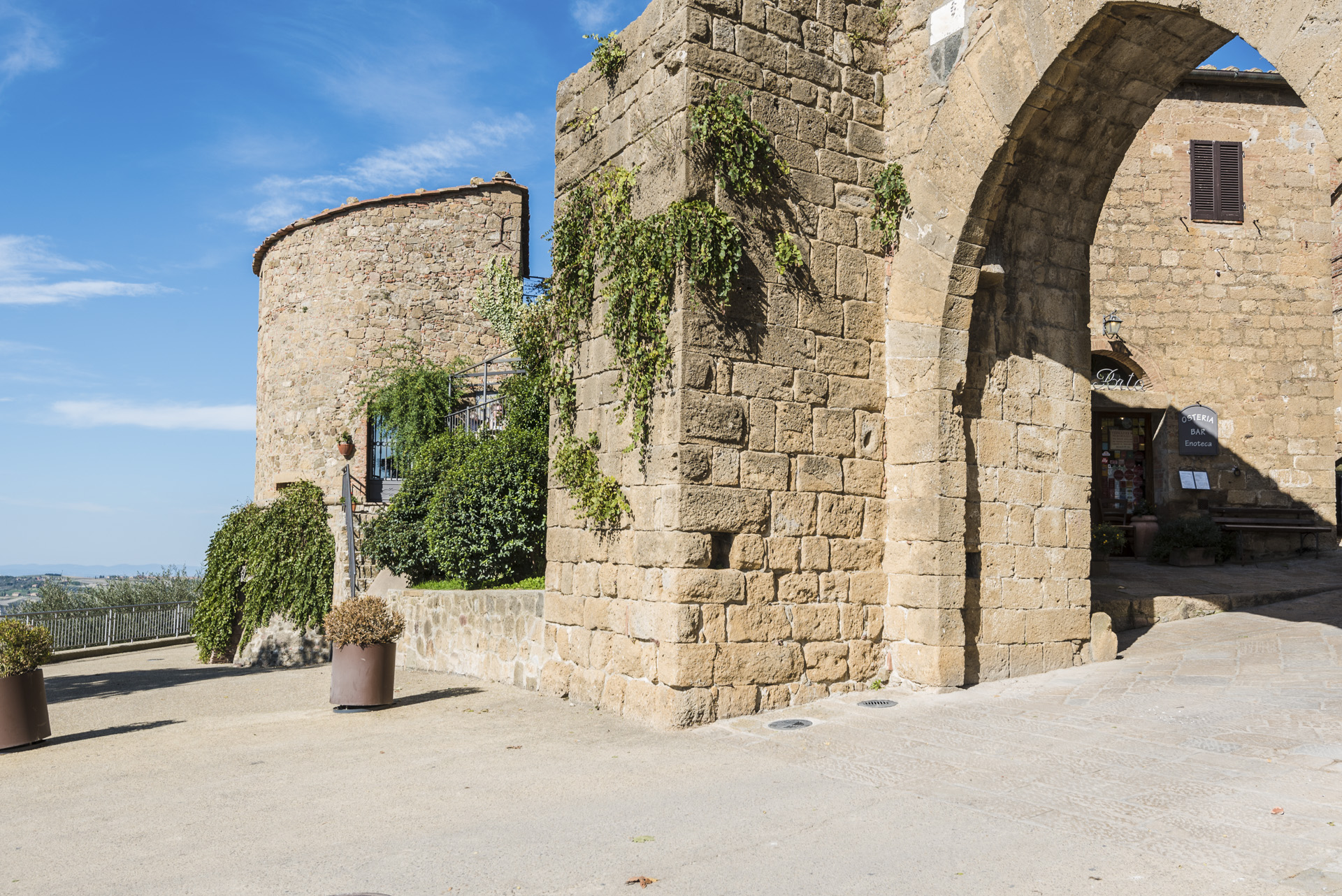 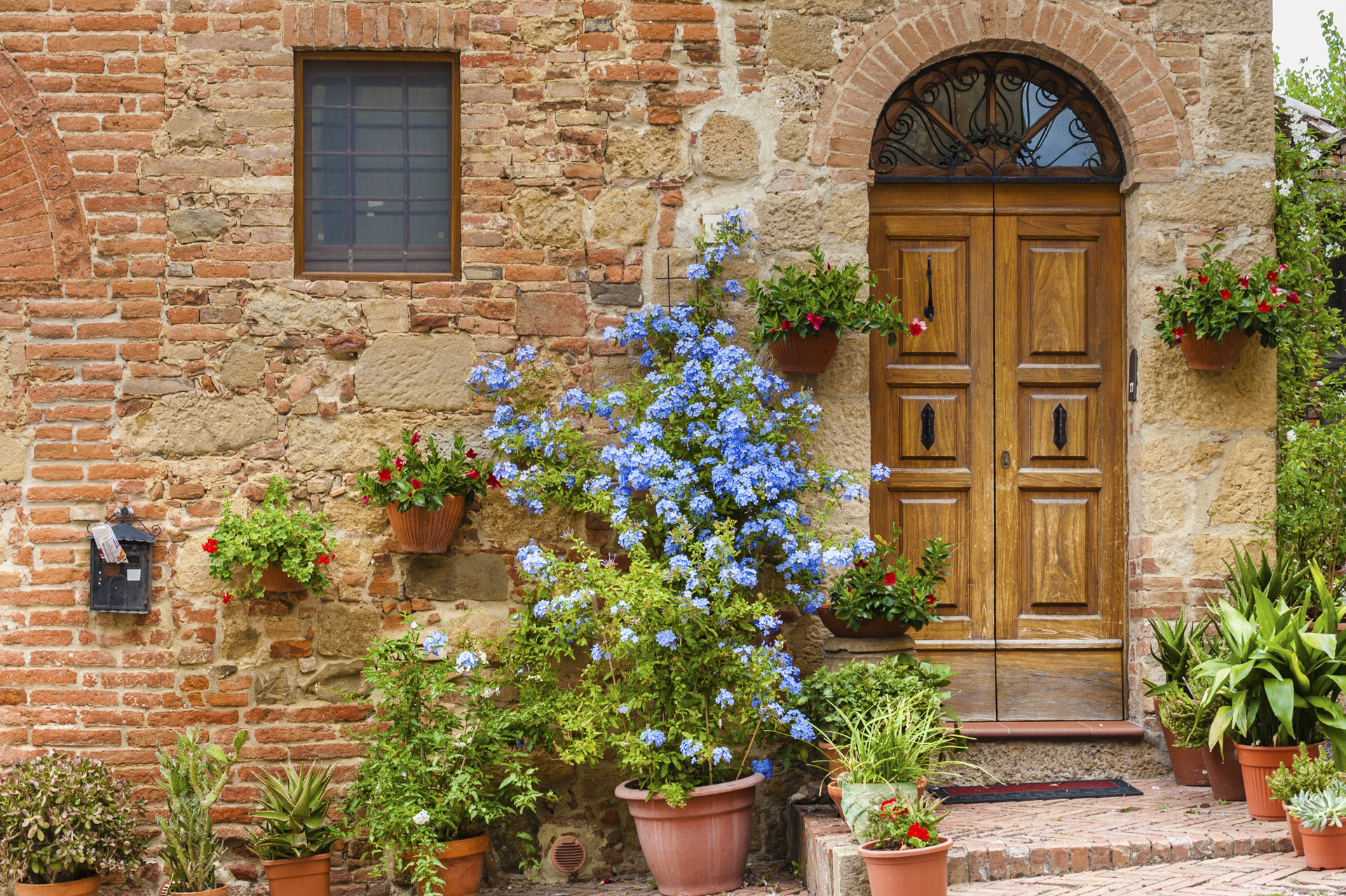 Imagine a place where the fragrant air and the spectacle of playful swallows ease you into wakefulness each morning to greet the day.

Consider that there is a place where at evening’s end your path is lit along the cypress-lined curves of the road as you savour the twofold spectacle of the tour de force of Nature: the emergence from the woodlands of deer, wild boar, rabbits and hares sharing space with the ever-bobbing brightly plumaged pheasants in a wildlife display of epic proportions. Daylight fades but the pure and perfect silence allows you to hear each branch snap under the foraging animals as you gaze in perfect wonder at the sky, now lit up into a million diamonds above you, a celestial display of crystal clarity. The lure of the Tuscan table is too great to allow the lines of poetry to be crafted, in the first visit, to recreate in your words the ‘canti’ of Leopardi but you begin to understand that you have arrived in a truly special place.

Monticchiello is a tiny medieval hilltop village set in the heart of the Val d’Orcia, the quintessential landscape of Tuscany that has enticed great writers and poets, photographers, artists and cinematographers to capture its unique beauty in an attempt to recreate and recount the emotions that surface on a first encounter with the sublime surroundings. Monticchiello is a setting which you have dreamed of but never imagined it really existed. It is a village set in a landscape where the words of Byron resonate, “Italia! Oh Italia! Thou who hast the fatal gift of Beauty,” Here there are well-managed Renaissance agricultural landscapes recognized for their exceptional beauty and designated a UNESCO World Heritage site in 2004.

Monticchiello is a jewel,set in this unspoiled and protected territory, of which we are both proud and privileged to serve as custodians and welcome the opportunity to provide you with a taste of the bounty of this marvellous land but to also reveal a little of her secrets and many layers on each of your visits.

Monticchiello has been a prize from the time of the Roman General Silla (82BC) when he distributed choice land to his veterans. It is popularly believed that the General Clelius took possession of Monticchiello thus giving rise to it’s name :  “Mons Cloelii”.  It passed hands over the next thousand years, most notably being given as a fief to the Teutonic Knights who received the castle in recognition of their defence of the Holy Land.  The history of the tower takes shape from this point onwards when the population, tired of the abuse of administrative power by the Teutonic Knights decided to side with the Republic of Siena, becoming its most faithful ally in the XII century.  Thus began a golden period during which Il Torrino came into being.  Don Ugo, a monk from San Galgano, is credited with the design of the fortified walls and the towers for which he was given a budget of 50,000 lire, an enormous sum at the time which reflects the strategic importance given to Monticchiello.

Il Torrino, one of the two choice of accommodations we offer in the village, retains original vestiges from this period. The tower presided over many and varied changes of fortune most notably in 1502 when the castle was conquered by Cesare Borgia and the garrison massacred. The decline of Monticchiello began with the Franco-Spanish war in mid-1500.  The Monticchillesi, forced to fight off the enemy with stones, during the siege of 1553, were given an honourable recognition.
With the decline of the Republic of Siena Monticchiello fades from the public stage and reemerges dramatically only in 1944 with the remarkable victory of the Partigiani on April 6 against the fascists, a scene that can be imagined as you gaze from the window of Il Torrino or the terrace of La Porta towards the actual scene of the siege, Colle Mosca.

Today the village plays, literally, to the long-rooted qualities of community and solidarity of the local people, as exhibited valiantly on Colle Mosca back in 1944, by mounting a performance of the Teatro Povero, transforming the village square into an open air theatre each summer, a strong signal of the vitality and verve of the people, a great work of reaffirmation and empowerment. These performances, written, staged and directed by the local people since 1967 have been acclaimed generally at a national level and specifically at the UBU Awards in 2011 receiving a special recognition for the involvement of an entire village in a theatrical project.

It is impossible to encapsulate all that we hope to offer you as a visitor to our village. The reasons to come here are manifold. We hope that you will on your first and each successive visit to us, allow us to guide you in allowing this special place to reveal its many layers to you.